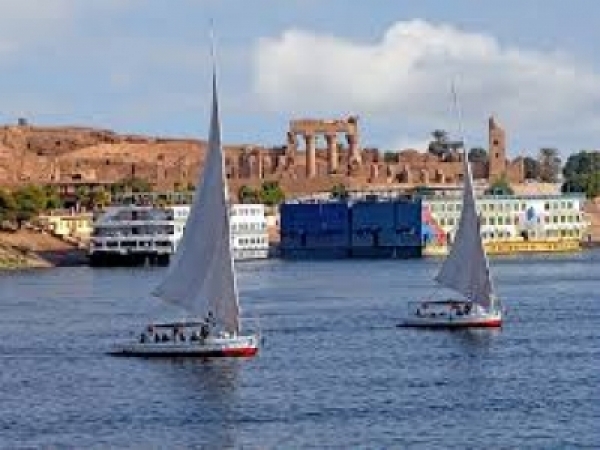 Enjoy a Nile cruise from Luxor to Aswan joining your private egypt tour guide and pay a visit to the most famous historical sights.

Day 1 : Luxor West Bank
Your Egypt Tour Guide tours representative will pick you up to embark Nile Cruise before lunch, then your private Egypt tour guide will join you to visit:

Overnight in Luxor.
Day 2 : Luxor East Bank
After breakfast your private Egypt tour guide will join you to visit:

The Karnak Temples:
No site in Egypt is more impressive than Karnak Temples , where generations of pharaohs wished to record their names. Walk through the Great Hypostyle Hall , to reach the sacred lake of the temple ,The Karnak complex is actually three main temples situated on 247 acres of land considered as the largest religious center ever built .

Luxor Temple :
The Temple of Luxor is among the most beautiful Temples in Egypt. It was known in the New Kingdom period as Ipt-Rsyt, which means the southern shrine. This was to differentiate between this Temple and Karnak Temple, which was the northern house of Amon , Built largely by Amenhotep III and Ramses II .

Sail to Esna and Edfu.

Sail to Kom Ombo and visit :

Overnight in Aswan with opportunity to disembark or optional Sound and Light Show at Philae Temple.
Day 5 : Aswan
Check-out after breakfast.

Transfer by Your Egypt Tour Guide Tours to wherever you want inside Aswan.
Outside Aswan transfers has extra charge .