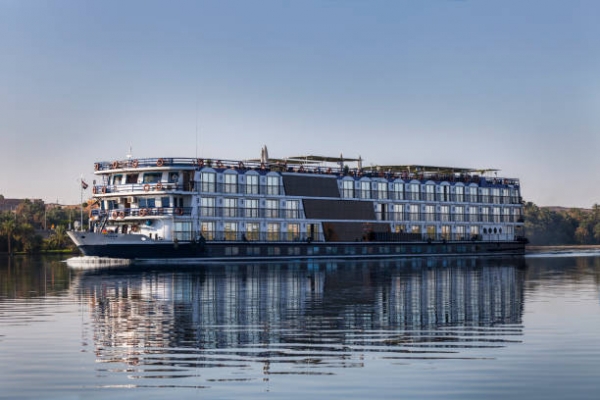 Enjoy 7 nights Nile cruise from Luxor to Aswan and back to Luxor where you will visit all the historical sights and temples.

The Karnak Temples:
No site in Egypt is more impressive than Karnak Temples , where generations of pharaohs wished to record their names. Walk through the Great Hypostyle Hall , to reach the sacred lake of the temple ,The Karnak complex is actually three main temples situated on 247 acres of land considered as the largest religious center ever built .

Luxor Temple by Night:
The Temple of Luxor is among the most beautiful Temples in Egypt. It was known in the New Kingdom period as Ipt-Rsyt, which means the southern shrine. This was to differentiate between this Temple and Karnak Temple, which was the northern house of Amon , Built largely by Amenhotep III and Ramses II .

Overnight in Luxor with opportunity to disembark.
Day Two: Luxor-Edfu
Afternoon sail to Esna and Edfu.

Overnight in Edfu.
Day Three: Edfu
After you take your Breakfast at your cruise, you will be accompanied by your private Egypt tour guide visit:

Overnight in Aswan (late night arrival)
Day Four: Aswan
After you take your Breakfast at your cruise, you will be accompanied by your private Egypt tour guide and a private air-conditioned vehicle to visit:

Overnight in Aswan with opportunity to disembark or optional Sound and Light Show at Philae Temple.
Day Five: Abu Simbel Temple.
Breakfast boxes, then join your Egypt tour guide to have a tour to Abu Simbel Temple.

The Temples of Abu Simbel:
The two rock temples of Abu Simbel are located around 40 Km north of the Sudanese border on the west bank of the modern reservoir (Lake Nasser) .Originally hewn into the cliffs of the Nile riverbank, these two temples, were rediscovered buried in sand by the Swiss traveler Johann L. Burckhardt in 1813. Ramesses II dedicated the lager temple to the national gods Re-Horakhty, Amun-Re, Ptah and his own divine self. The so-called Small temple dedicated bu Ramesses II to his wife Nefertari and the goddess Hathor, was constructed slightly further north from main temple.

Visit the West Bank :
After you take your Breakfast at your cruise, you will be accompanied by your private tour guide and a private air-conditioned vehicle to visit:

Overnight in Luxor with opportunity to disembark or optional Sound and Light Show at Karnak
Day Eight: Luxor
Disembarkation after breakfast from your Nile cruise , your Egypt tour guide tours representative will transfer you any where you want in Luxor.