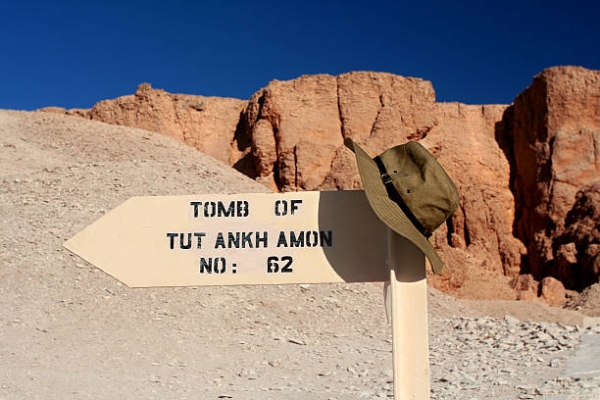 From Cairo airport you will be transferred by a private A/C vehicle to your hotel for checking in.

Sit back and relax while you enjoy a colorful belly dancing show with a folklore band, featuring the unforgettable tannoura show, in keeping with Egypt's whirling dervishes tradition, then you will be transferred back to your hotel.

After breakfast, join your private Egypt tour guide to visit one of the 7 Wonders of the World and discover:

Giza Pyramid Complex: Tour the Giza Plateau, site of the ancient pyramids of Cheops, Chephren and Mycerinus . six little pyramids, the great sphinx the ancient world’s largest monumental sculpture, carved from a single ridge of limestone and the Valley Temple, which belongs to the Pyramid of Chephren The complex dates back to the 4th dynasty 2400 years B.C.

Sakkara Step Pyramid: The step pyramid of king Djoser was the first monumental building in stone in the history of mankind , Originally the tomb was intended to be a huge mastaba in stone , but it then underwent several extensions , Only later was the building changed into structure in four steps , these were extended again until the pyramidal form was finally reached in sixth stage, at a height of nearly 200 feet ( 60 M ) .

Then move to visit Memphis City: The village of Mitrahina, some 12.5 miles (20 Km) south of cairo . Founded as a royal citadel in the Early Dynastic period , Memphis rose to become the undisputed center of the country under the Old Kingdom, it lay on the dividing line between Upper and Lower Egypt , was the formal capital of the first nome of Lower Egypt , and was also known as "the balance of the two lands"

Finally, we transfer you back to your hotel for overnight.

After breakfast, checking/out . transfer to Cairo airport to take your Flight to Aswan.

Upon arrival, start your day tour to Aswan highlights:

The High Dam: The High Dam of Aswan is one of the most important achievements of the last century in Egypt, even for many years it was a symbol of the New Era of the Revolution of 1952. It provided Egypt with water and electricity and secured the country of the risk of the destructive inundation.

The Unfinished Obelisk: The unfinished obelisk of Aswan is known to be one of the largest among them. It was constructed by Hatshepsut, the queen of Thutmose II, who also ruled Egypt as a Pharaoh from 1478 to 1458 B.C., jointly with Thutmose III.

Philae Temple: Philae Island was a rocky island in the middle of the Nile, south of Aswan . It was called "Apo" which means Ivory. It was also known by the Greek "Elephantine", probably because it was an important center of trade, especially for ivory. After building the High Dam the temple of the Goddess Isis was moved to a new island was called Egilica , and it was completely reshaped to imitate Philae Island as closely as possible.

Overnight in Aswan at 5* hotel.

After breakfast, checking/out. transfer to Luxor by train.

The Valley of the Kings: the burial ground of the pharaohs rulers from the 18th to 20th dynasty , For a period of 500 years beginning in the 16th century BC, tombs were built along this valley for pharaohs , including that of the great Pharaoh Ramses II and boy Pharaoh Tutankhamen. Found in 1922 by British archaeologist and Egyptologist Howard Carter.

The Colossi of Memnon: enjoy a photo stop at the Colossi of Memnon , Two massive stone statues of king Amenhotep III are the only remains of a complete mortuary temple. The statues are made from blocks of quartzite stone which exist in Cairo then moved 700 KM to Luxor.

Then move to the east bank to have your lunch in one of the best restaurants in town followed by a tour to :

The Karnak Temples: No site in Egypt is more impressive than Karnak Temples , where generations of pharaohs wished to record their names. Walk through the Great Hypostyle Hall , to reach the sacred lake of the temple ,The Karnak complex is actually three main temples situated on 247 acres of land considered as the largest religious center ever built .

Then overnight at 5* hotel in Luxor.

After breakfast, checking/out. transfer to Luxor airport to take your flight to Cairo, upon arrival you will meet your private Egypt tour guide to visit:

The Egyptian Museum: The national Egyptian museum the home to the largest collection of ancient Egyptian artifacts, The museum displays a rare collection of 5000 years of art ,including treasures from Tutankhamun and artifacts dating back to 4000 BC. Over 150,000 genuine artifacts are presented .lies in busy Midan al-Tahrir .

Salah din Citadel: the citadel of Cairo was built under the Ayyubid dynasty between 1176 and 1207 , and later extended to become the residence of the Mamluk and the ottoman pashas , The construction work has started in 1176 and was completed in 1182.

The Alabaster Mosque of Mohamed Ali: The great mosque in the citadel was commissioned by Mohamed Ali , the khedive who reigned in 1805/1848 , his tremendous mosque was located on the site of the old sultans palace ,the building consist of two slender minarets ( 269 FT / 80 M ) .

Khan El Khalili: driving to Islamic Cairo, where you will be able to explore Khan El Khalili,one of the most famous and oldest bazaars in the Middle East. Then overnight in Cairo.

Breakfast at the hotel, At the end of your Egypt holidays travel package we will transfer you to Cairo airport and assist you at the airport through final departure formalities.